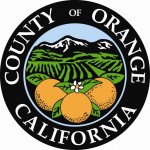 The Registrar of Voters announced today that the nomination period has been extended until August 15, 2012, 5:00 p.m. for the Santa Ana offices listed below because the incumbent failed to file Nomination Papers by the August 10, 2012 deadline.

The deadline should also be extended for Ward 3, on the Santa Ana City Council, as the incumbent, Carlos Bustamante, opted not to run again.

« Study finds that graduation and college-going rates are too low at the SAUSD
Eric Alderete to hold another fundraiser, but this time in Los Angeles »