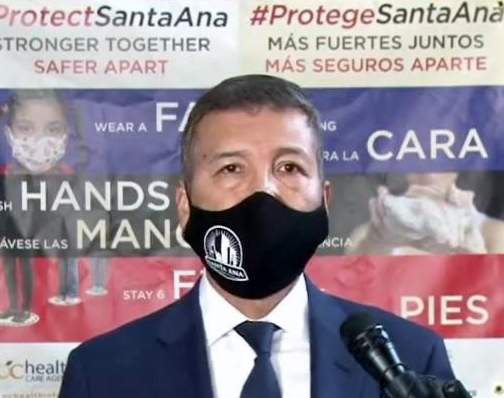 SAN JOSÉ, CA – The Big City Mayors (BCM), a coalition of the mayors from California’s 13 largest cities, came together virtually today to ask the Governor and Legislative Leadership to include a historic $4 billion per year, multi-year investment, for a total of $20 billion, in the state budget to permanently house nearly every Californian who entered a homeless shelter in 2020. With the combination of the $26 billion California received from the American Rescue Plan, and the state’s record surplus, the coalition sees a unique opportunity to measurably impact the homelessness crisis in California.

This would become the largest allocation of funds dedicated to fighting the homelessness crisis in United States history and could build over 100,000 homes for unhoused residents in California. The state is home to more than 25 percent of the nation’s unhoused residents.

“Our bipartisan coalition of large-city mayors know too well the urgency of addressing the homelessness that afflicts 161,000 of our fellow Californians,” said San José Mayor and BCM Chair, Sam Liccardo. “This year’s budget provides California with a once-in-a-generation opportunity to dramatically reduce homelesseness –if we can muster the collective courage to stand up for our most vulnerable neighbors.”

“We appreciate the unprecedented scale of this financial commitment, one appropriate to the unprecedented—and growing—scale of this massive crisis, one that will define our generation’s collective legacy. We urge flexible funding commensurate with our monumental task ahead — and we thank you for your leadership and continued partnership,” the mayors wrote.

The BCM continues to work closely with the Governor’s office and State Legislature to address the housing and homelessness crisis and expressed their continued commitment to existing emergency interim housing operations along with supportive services that would not be possible without state assistance. This balanced allocation will help move unhoused residents off the streets while also sustaining existing programs to keep them housed.

Homelessness continues to become increasingly desperate in California. The state’s newly launched Homeless Data Integration System allows cities to better understand the ever-changing nature of homelessness services throughout the state. Of the 248,130 people local providers reported serving in 2020:  91,626 people (37%) moved into permanent housing, and 117,109 people (47%) remained actively engaged in services or shelter but were not yet permanently housed, underscoring the need for housing in California.

In 2020, more than 32,000 people received homelessness prevention assistance, more than double the number of people served in 2017. Of those who accessed services, 41 percent reported a disabling condition, 9 percent were veterans, 17 percent reported experiences with domestic violence, and 22 percent were under the age of 18. The funding that BCM is requesting will go directly to solutions to housing our most vulnerable individuals..

The BCM believes a consistent allocation of flexible funding to big cities will make a necessary and dramatic step to address the homelessness crisis across California and become a national model for addressing the crisis nationwide.

“Such a bold commitment would have a transformative and lasting impact on California, and make California a national model of compassion.” said the coalition.

The Big City Mayors met with State Leadership, and at their urging, both the Assembly and Senate have included $4 billion a year in funding for housing and homelessness over multiple years in their budget priorities, released earlier this week.

Mayor Eric Garcetti, Los Angeles
“Los Angeles is already making an unprecedented, billion-dollar commitment to homelessness solutions across our communities, joining cities statewide to deliver housing, help, and hope to our most vulnerable neighbors. Now is the time for the state to follow our lead and build on our local foundations –– by setting aside one-third of our surplus to make a once-in-a-lifetime investment in ending homelessness across California.”

Mayor Todd Gloria, San Diego
“The City of San Diego is addressing homelessness with a compassionate approach focused on connecting our most vulnerable neighbors with housing and supportive services, but we know we must scale up to meet this challenge. San Diego is joining the call with our fellow big cities to urge state leaders to continue their partnership, take advantage of a once-in-a-generation opportunity to fund the housing and services we know work for people experiencing homelessness and make a lasting impact on the crisis we were elected to solve.”

Mayor London N. Breed, San Francisco
“As we emerge from the COVID-19 pandemic and move forward on our road to recovery, it is critical that we continue making investments in the health and housing needs of our most vulnerable neighbors,” said San Francisco Mayor London N. Breed. “With President Biden’s leadership in D.C., a governor and state legislators who understand the need for flexible resources, and mayors willing to do the work, we have a chance to get thousands of unsheltered San Franciscans and Californians into housing. We’ll be able to make a real difference in the lives of our residents as long as cities have the funding we need to address this challenge.”

Mayor Jerry Dyer, Fresno
“Thanks to our partnership with state legislative leaders, here in Fresno we have been able to move hundreds of our most vulnerable residents off of the streets and into transitional housing, where they are being provided with services and, hopefully, a path to a better life.  Right here, right now, we are making a real difference in people’s lives.  But we can do more.  We must do more.  That can only happen if this state-local partnership continues.  To that end, I urge the Legislature and Gov. Newsom to set aside a one-time $16 billion allocation, spent at $4 billion annually over the next four years, so the State’s largest cities can address the most important issue of our time.”

Mayor Darell Steinberg, Sacramento
“California has an opportunity in this moment to rise to the challenge of eliminating unsheltered homelessness. Our state has unprecedented resources, and our communities have the will to act. It is crucial that we not only sustain our momentum this year but create an ongoing funding stream that allows us to build the beds, roofs and safe spaces needed to bring people indoors over a sustained period of years. This is the only way we will make a visible difference in lessening the number of people suffering on our streets and the distress that growing tent encampments have caused in our neighborhoods.”
Mayor Robert Garcia, Long Beach
“In Long Beach, we have employed innovative approaches to addressing homelessness, opened our first municipal year-round shelter just last year, and already added three Project HomeKey locations in our city with support from the State. Solving for the root causes of homelessness is a complex and monumental task that requires more from all of us — more housing, more mental health support and more consistent, quality services. I want to thank the State for their support, and I look forward to furthering our partnerships with the Governor and Legislature to continue this important work.”

Mayor Libby Schaaf, Oakland
“The scale of the homelessness crisis in our cities requires a historic investment right now. As mayors, today we are working together to end a systemic failure decades in the making, and to prevent any of our residents from living outdoors in the future.”

Mayor Karen Goh, Bakersfield
“California cities are on the frontline of addressing the homeless crisis. We have demonstrated success in adding emergency bed space, creating housing solutions, and have incurred the ongoing costs of operating shelters. Now, we must work together to be nimble in addressing the next phases of the challenge, including providing care for mentally ill and drug addicted persons. We are calling on state leaders to prioritize the much-needed flexible investments that will empower local cities to find right-sized solutions to address the unique challenges before us.”

Mayor Harry Sidhu, Anaheim
“Anaheim has been a leader in compassionately addressing homelessness for more than six years. We have shown what can be done with determination, visionary thinking and by maximizing city, state and federal resources. But our work is not done, and this crisis is bigger than Anaheim. We welcome ongoing flexible funding support from our state partners to significantly meet this challenge in our cities and change lives.”

Mayor Patricia Lock Dawson, Riverside
“Residents in our cities have made it clear that homelessness is one of the greatest challenges of our time. This multibillion-dollar proposal allows us to address the gravity of this crisis in our cities and support long term solutions to homelessness such as Project Homekey, or non-traditional shelter models like our Riverside Village Community—the first of its kind in Southern California. While we remain certain about recovering from this pandemic, we must also be equally certain and optimistic in our ability to meet the crisis of homelessness in our cities. And with this funding, a new sense of optimism begins.”

Mayor Vicente Sarmiento, Santa Ana
“The homelessness crisis is affecting every community and every local government in California. In Santa Ana, we have watched our shelters fill up and homeless encampments spread during the pandemic, despite the City spending millions of dollars to provide beds and outreach to our unhoused population. Our state legislators need to take bold action now before it’s too late.”

Mayor Kevin Lincoln, Stockton
“Homelessness is a humanitarian crisis affecting the quality of life for all Stockton residents. The need for expanded shelters, transitional housing, wrap-around mental, behavioral, and substance use services, and long-term affordable housing is overwhelming in our city. It is time for actionable solutions that will treat the root cause of this issue and bring healing to our unsheltered and sheltered residents. However, it is imperative that our cities have access to increased levels of flexible funding from the State to adequately address this crisis. This flexible funding would provide us the opportunity to meet the immediate needs in our city with a sustainable approach, leaving a lasting impact on our community.”