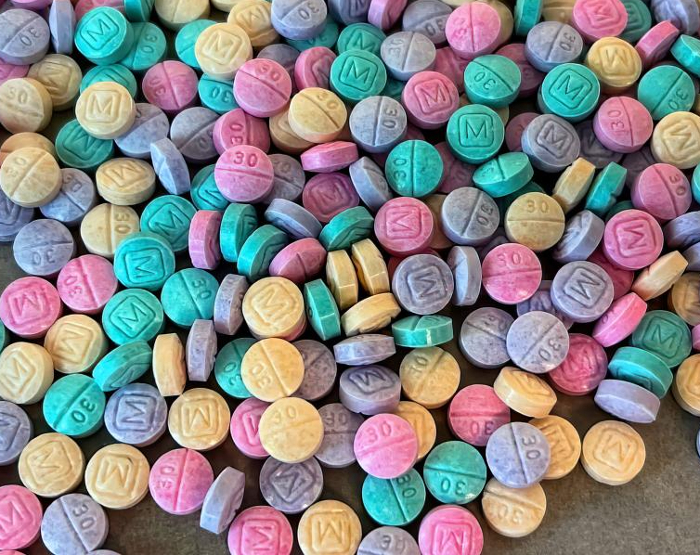 In its letter, the CDPH points to a recent warning from the U.S. Drug Enforcement Agency that notes the highly addictive and potentially deadly “rainbow fentanyl” has been found in at least 18 states. Read the full CDPH warning.

“Youth drug misuse and abuse is growing in our state with one in eight teens reporting abusing an illicit substance in the past year,” said Dr. Veronica Kelley, Chief of the OC Health Care Agency (HCA) Mental Health and Recovery Services division. “Counterfeit pills are easily accessible via social media platforms and are increasing laced with fentanyl – one pill can kill!”

The CDC says fentanyl and other synthetic opioids cause most overdose deaths in the country. While these drugs generally have no tell-tale tastes, smells or visual indicators, there are signs associated with opioid overdoses. They include:

“These brightly colored pills or powders laced with fentanyl could easily be mistaken for candy or chalk and pose a threat to our community,” said Dr. Regina Chinsio-Kwong, County Health Officer and HCA Chief Medical Officer. “I urge everyone in the community to spread awareness and learn how to use naloxone in the event of a fentanyl overdose or poisoning.”

Some California schools have created naloxone policies in response to increases in opioid overdoses among youth. Naloxone is a life-saving medication used to reverse an opioid overdose. The CDPH encourages schools that are interested in developing these policies and receiving free naloxone to review relevant regulations and apply for a Statewide Standing Order for Naloxone.

Get more facts about fentanyl from the Centers for Disease Control and Prevention (CDC).