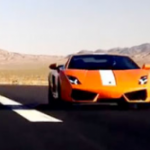 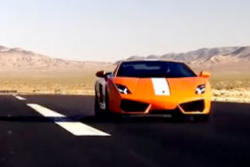 Great Park to be Featured in Top Gear Television Show

IRVINE – Former Astronaut Buzz Aldrin once rocketed to the moon, and will now be featured rocketing along the runways at the Orange County Great Park when Top Gear makes its American debut on the History Channel, Sunday, November 21st at 10:00 p.m. (7 p.m. on DirecTV).

The Great Park was selected to serve as Top Gear’s home base for both its automobile test track shots and interviews with car racing celebrities, racing analysts and car buffs, which were filmed in historic airplane Hangar 244. Top Gear is produced by BBC Worldwide Productions, and is one of the United Kingdom’s most popular television series. The show takes extraordinary and ordinary cars to the limit and beyond to find out if they’re as good as manufacturers claim.

Orange County’s Buzz Aldrin is one of the celebrity race car drivers to be featured in the premiere episode, titled Cobra Attack.

“We are thrilled Top Gear selected the Great Park as its site for the debut of the American version of the program,” said Larry Agran, Chair, Orange County Great Park Board Corporation. “As part of our revenue-generating site rental program, the Great Park is becoming a popular shoot location in the film industry.”

Top Gear tracks the colorful history of the automobile and showcases an offbeat celebration of the art of driving, featuring super-cars, extreme stunts and challenges, car reviews and celebrity interviews, as well as the eccentric adventures of its hosts with Top Gear’s customary wit and humor. Hosted by comedian and car buff Adam Ferrara, champion rally and drift racer Tanner Foust and racing analyst Rutledge Wood, Top Gear explores the history of America, one lap at a time.

“The Great Park and its almost 8 million square feet of flat pavement is one of the few places in the United States suitable for auto cross where vehicles can be timed on a test track doing turns through cones,” said Adam Ferrara, host of Top Gear.

To see the trailer for the show: