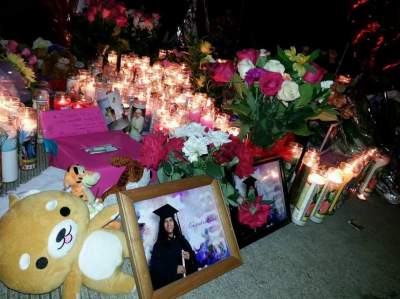 The three teens were walking in a crosswalk when they were struck by a speeding Honda CRV in the 1400 block of Fairhaven Street (map) around 6:45 p.m. Friday, not far from Fairhaven Elementary School, according to KTLA.

The coroner’s office identified the twins as Lexi Perez and Lexandra Perez and the third girl as Andrea Gonzalez. KTLA reported that the twin girls’ last names were Perez Huerta.