Army veteran arrested in connection with the kidnapping and attempted sexual assault of three O.C. women 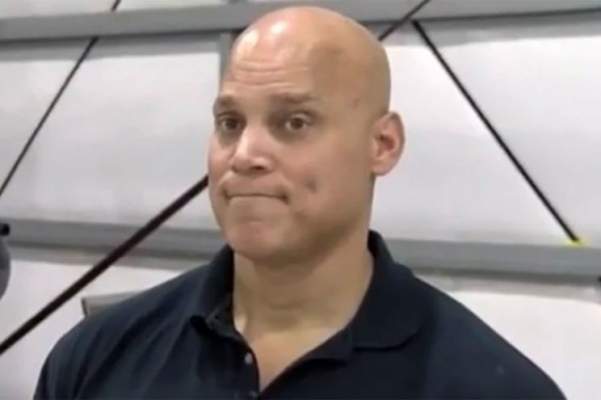 SANTA ANA, Calif. – An Army veteran has been charged with kidnapping three Orange County women off running trails in an Aliso Viejo park and choking them unconscious, raping one of the women and attempting to sexually assault the other two. The man is also a suspect in additional crimes in Riverside and San Diego counties.

The series of sexual assaults on women along walking and running trails in Aliso Viejo began in January 2020 and continued through at least August 2021. The Orange County Sheriff’s Department released two composite drawings of the suspect in the attacks in the hopes of identifying the sexual predator terrorizing women along the trails.

On September 4, 2021, Robert Daniel Yucas, 51, of Cathedral City in Riverside County was identified as a suspect in a crime committed in San Diego. DNA collected as a result of this incident matched DNA from two of the Aliso Viejo attacks.

Yucas, who is a pilot for cargo airliner Kalitta Air, was arrested in Anchorage, Alaska on Thursday, after a return flight from China. He is awaiting extradition back to California.

He faces a maximum sentence of 39 years to life plus 6 years in state prison if convicted of all charges.

On January 20, 2020, a 24-year-old woman was at Woodfield Park in Aliso Viejo to skateboard when a man later identified as Yucas asked her for directions. While the woman pulled out her phone, Yucas is accused of grabbing the woman in a chokehold and dragging her into the bushes next to the walking path. The woman lost consciousness and woke to find she had been raped.

On April 2, 2020, a 32-year-old woman was running in Woodfield Park when a man later identified as Yucas grabbed her from behind and put her in a chokehold. Yucas is accused of dragging the woman into the bushes in an attempt to rape her, but the woman managed to fight him off.

On August 28, 2021, a 41-year-old woman was in Woodfield Park when a man grabbed her and put her in a chokehold. The woman lost consciousness and woke up in the bushes next to a walking path with her pants pulled down.

An anonymous tip to OC Crime Stoppers led investigators to the September 4, 2021 incident in San Diego that ultimately led to the DNA hit that matched the suspect in that attack to the suspect in the Orange County attacks. The collaboration between law enforcement, including the Orange County Sheriff’s Department, and the San Diego, Anchorage, and Cathedral City Police Departments, made this arrest possible.

Authorities are asking for anyone with additional information related to Yucas or any additional victims to call the Orange County Sheriff’s Department Sexual Assault Unit at 714-647-7419. Yucas lived in Aliso Viejo prior to moving to Cathedral City in Riverside County and he is known to spend time in San Diego County.

“The three victims in this case were doing things many of us do every day. But the suspect kidnapped these victims, placed them in chokeholds, sexually assaulted them, and changed their lives forever,” said Orange County Sheriff Don Barnes. “Thank you to the Orange County Crime Lab, Orange County Crime Stoppers, the San Diego Police Department and the Anchorage International Airport Police and Fire Department for their assistance in identifying and making this arrest. We all want to live in a neighborhood where we feel safe to do something as simple to take a walk. With this arrest, we have regained a small piece of that sense of safety.”

“Sexual predators do not stop until we stop them,” said Orange County District Attorney Todd Spitzer. “An entire community lived in fear that they would be the next victims to be grabbed off a trail, choked unconscious, and raped. The bravery of an anonymous tipster to come forward with information about this predator led to his capture and likely prevented additional women from being sexually assaulted. These women endured unimaginable horror at the hands of a stranger who hunted them like prey. Now that this sexual predator is behind bars, my job is to make sure he is held accountable for these heinous crimes to the fullest extent of the law. The way we prevent him from harming any more women is to keep him behind bars for the rest of his life.”