An Irvine dermatologist was arrested on suspicion of poisoning her husband 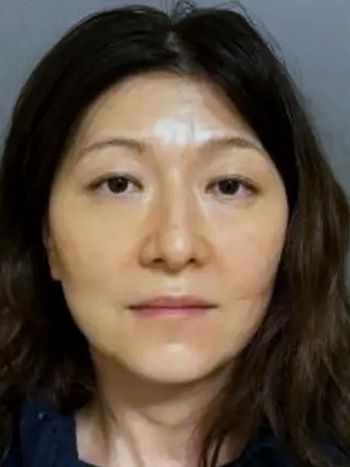 Dr. Yue Yu, a 45-year-old Mission Viejo dermatologist at Providence Mission Hospital, was arrested on Friday by Irvine police officers who suspected that she was poisoning her husband at their home in Irvine.

Dr. Yu’s husband, who was not named by the Irvine police officers, suffered “significant internal injuries but is expected to recover,” according to the Irvine Police Department.

The victim had been feeling ill over the past month and began to suspect that his wife was involved.

The victim then set up surveillance video and then sent the video footage to the Irvine Police Department.

The video evidence was apparently sufficient for the Irvine Police to arrest Yu, who was booked into the Orange County Jail in Santa Ana. She is being held now on $30,000 bail.

The Irvine Police have not yet identified a motive for Dr. Yu’s alleged actions.

Dr. Yu has extensive experience in skin cancer and excision, Mohs surgery and cosmetic skin procedures. She graduated from Washington University in St. Louis, Missouri, USA. She completed her internship at Beth Israel Deaconess Medical Center and her residency at Boston Medical Center, which are both in Boston, Massachusetts, USA.