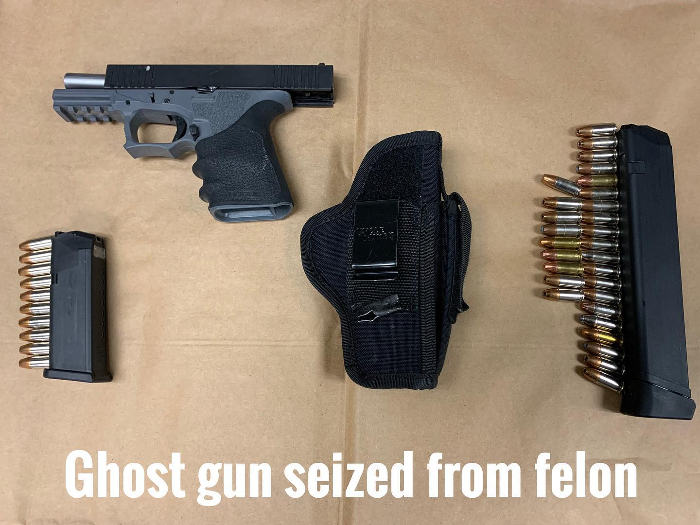 These checks were designed to locate and audit the activity of local criminal offenders residing within the City of Costa Mesa, who are under the supervision of OC Probation.

The compliance checks resulted in 11 offenders being arrested for violations of their probation conditions and/or new criminal law violations.

Investigators located this suspect and five other persons in an apartment in another city in Orange County. Investigators initially saw the suspect through the front window. The offender ran toward a back bedroom when he realized officers were at the door. Investigators eventually detained him and located an empty handgun holster on the suspect when they searched him. Investigators located a loaded 9mm ghost gun in a trashcan in the bedroom from where the suspect ran. A further search of the room resulted in the discovery of a fully loaded 31-round extended magazine, methamphetamine, fentanyl and evidence of illegal drug sales.