Notice: Undefined variable: remote_version in /home/newsantaana/public_html/wp-content/themes/ifeaturepro5/functions.php on line 417
 New Santa Ana | A man who shot at a Santa Ana truck driver on the 91 is heading to prison for only five years
Santa Ana's top news & views blog 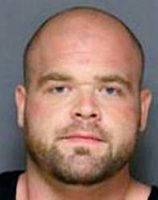 « Crash at the end of an SAPD police pursuit killed the suspect and injured his 9-year old daughter
Do you support legalizing residential beekeeping in Santa Ana? »