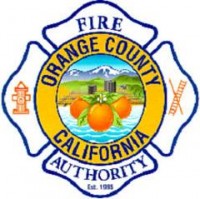 Firefighters rescued an adult male trapped in a storm drain for four days around 8:00 a.m. this morning in the 2800 block of N. Main St. which is the address at the MainPlace Mall.

A passerby heard the cry for help & called 911. The technical rescue team responded to performed a confined space rescue, according to the OCFA.

The victim was safely extricated with the assistance of Orange Fire Department & Anaheim Fire & Rescue (which operates a Countywide Confined Space Rescue Program).

The victim was treated by firefighter paramedics and transported to the hospital in stable condition.

The MainPlace Mall has full time security guards but is nearby the Santiago Creek and the infamous Red Roof Inn, both magnets for the homeless and paroled criminals.

Update: The OCFA is now saying that the rescue was in the City of Orange. It turns out the rescue was on N. Main St. at Town and Country Road, just north of Santa Ana. That is a busy intersection. It is hard to believe that no one heard the man yelling for help for four days.