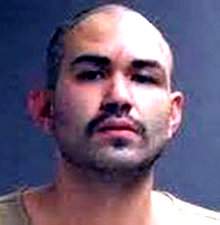 Alcala is such a pig that he returned to the scene of the shooting after a makeshift memorial was set up in Sura’s memory.

Sura’s family was devastated by his senseless murder.  His sister Gabriela said that “her brother liked to walk home from work because he could donate cash to homeless people along the way, and she recalled how he would often stop to buy groceries for the family.”

Apparently Alcala was convicted with the help of a police informant who “helped police find the murder weapon and an undercover officer got incriminating statements from the defendant while they were together in a holding cell, according to the prosecutor.”