Will Congresswoman Loretta Sanchez act to stop the immigration raids in Santa Ana? 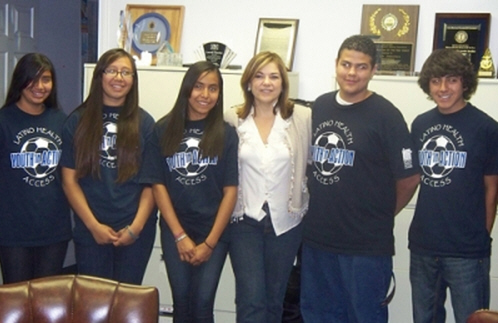 “In the 111th Congress, Rep. Sanchez is taking a leading role in securing America’s borders with Mexico and Canada. This Congress she has held and continues to hold hearings and briefings on the U.S. response to the drug related violence that has plagued most of the Mexican side of the border. She has appeared countless times on CNN, C-SPAN, FOX News, and MSNBC to discuss the importance of a coordinated and efficient U.S. response to the violence. She has also met with Homeland Security Secretary Janet Napolitano to provide guidance on critical issues, including combating human, weapons, and drug trafficking and ensuring interagency cooperation on national security issues,” according to Sanchez’ website.

It’s time for Sanchez to step up for her people.