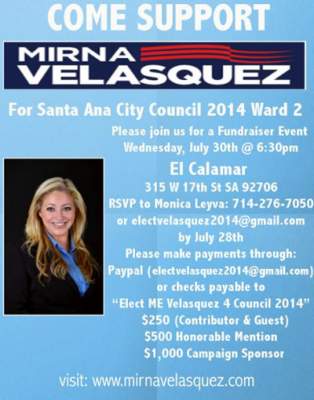 Ruben Mata, a trainer, author, & coach, will be speaking at this event.

Velasquez is running against longtime incumbent Michele Martinez, who lost badly when she ran for the 69th Assembly District in 2012, although Martinez spent over $200K on her campaign.  She came in second to last.