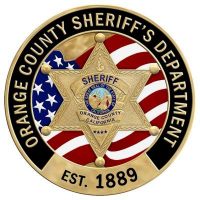 An in-custody death of an unborn child occurred at the University of California Irvine Medical Center in Orange, CA.

On July 27, 2019, a 30-year-old inmate housed at the Orange County Jail’s Intake and Release Center was transferred to OC Global Medical Center related to her pregnancy.

Later that day, she was transferred to UCI Medical Center, where it was determined her unborn child, estimated to be approximately 27 weeks, was deceased.

The official cause of death is pending investigation by the Coroner’s division. An autopsy will be conducted and a cause of death will be determined. The identity of the inmate will not be released at this time.

The inmate was booked into Orange County Jail following an arrest by the Orange Police Department on July 21, 2019 for two misdemeanor warrants.

« A 19-year-old DUI driver was arrested after crashing into the fence of an O.C. jail early today
Open House meetings for the OCTA Bristol Street Transit Corridor Project coming soon »