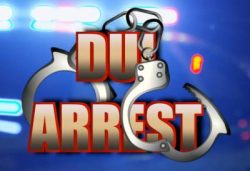 At about 3:30 a.m. this morning, a 19-year-old crashed her car into the entrance gate of the James A. Musick jail facility, according to the O.C. Sheriff’s Twitter feed.

The unidentified female driver was arrested on suspicion of driving under the influence and booked into OC jail.

A brown Range Rover suffered front-end damage near the guard-shack building of the jail, at 13502 Musick. A metal gate was also bent and knocked to the ground, according to the O.C. Register.

The suspect was not booked into the jail she crashed at. The Musick facility temporarily stopped housing detainees as of July 18 while the department makes changes to its jail operations and builds new facilities, according to ABC News.

The Sheriff’s Department posted “We are grateful no OCSD personnel were injured in this collision. While this damage can be fixed, we know that’s not always the case with DUI collisions. Losing a loved one or friend is irreparable. Please always designate a driver or coordinate a ride.”

« Police are looking for a man who conducted an armed robbery at the District in Tustin
The unborn child of an O.C. inmate died on Saturday »