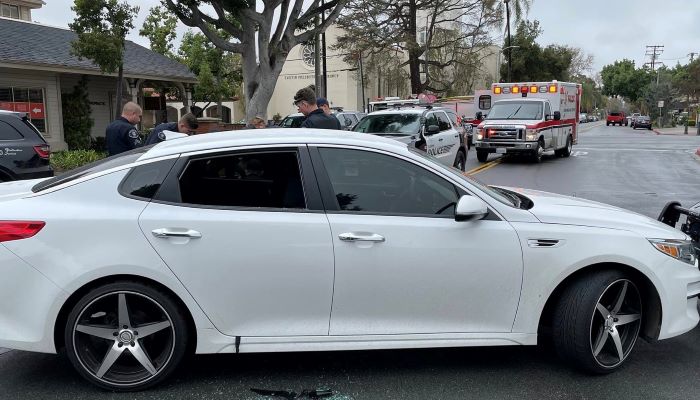 Tustin police officers were called to investigate a possible DUI in the Old Town Tustin area. The male driver was stopped blocking traffic lanes with the vehicle running.

The suspect exhibited signs of drug intoxication and refused to exit the vehicle. Officers extracted the male from the vehicle and took him into custody.

He was arrested for driving under the influence of drugs, possession of drug paraphernalia, and resisting police officers.

Luckily, no one was hurt by this driver’s decision-making.