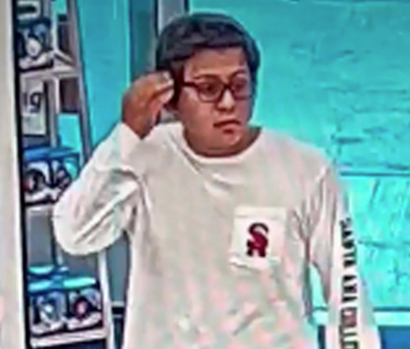 The SAPD announced that they are looking for a male suspect who allegedly used a cell phone to shoot video up a woman’s skirt at the Hobby Lobby in August.

A female shopper was at that Hobby Lobby store, at 3900 S. Bristol St., Suite B, at around 6:40 p.m. on Aug. 16. She was looking at an item on a shelf when she felt something touch the bottom of her right leg. She looked down and saw that a man was recording video up her skirt with a cell phone.

The victim screamed and the suspect took off running out of the store. She then followed him and saw him drive away in a gray Honda Civic, according to the SAPD.

Authorities released video of the man walking into the store in hopes of finding and apprehending him.

“It might seem like it’s just recording, not too much physical touching at the moment, but we want to prevent this from potentially escalating to something more serious,” Sgt. Maria Lopez told KTLA.