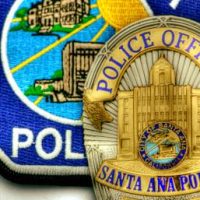 The Santa Ana Police Department will be conducting a DUI / Driver’s License checkpoint on Friday, December 28th, 2018. It will begin at 9:00 PM and is scheduled to conclude at 2:30 AM. It will be conducted in the area of 2100 S Raitt Street, in the City of Santa Ana.

« The SAPD is investigating a pedestrian fatality that occurred after a hit and run accident
Ridesharing O.C. driver accused of molesting developmentally disabled women »