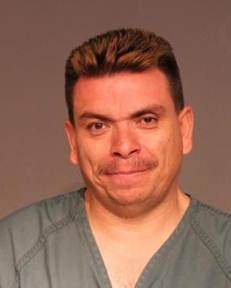 As part of their ongoing investigation Homicide Detectives contacted and interviewed an acquaintance of the victim, Salvador Barragan (37) Anaheim.

Based on information obtained during their preliminary investigation, Detectives today 5-29-2014 arrested and booked Barragan on charges of CPC 187, Murder. Barragan is currently being held in the SAPD Jail on one million dollars bail.

The victim’s name is being withheld pending notification of family. No further information regarding this ongoing investigation will be released at this time.

« Pulido lawyers up – should the Council Members do so as well?
SAUSD seniors got to showcase and sell their art at the Bowers Museum »