The firemen extinguished the car, which was burning in the driveway of a home. While firefighters were in the process of putting out the fire, they found a body inside the vehicle, according to ABC News. END_OF_DOCUMENT_TOKEN_TO_BE_REPLACED

On Tuesday, April 18 at about 4:30 p.m., at 600 S. Standard, in a residential neighborhood, SAPD police officers were dispatched to the area after reports of a shooting that had just occurred, according to SAPD Case # CI#: 17-10369.

Upon arrival the police officers located several shell casings at the scene. Based on witness information, a Hispanic male adult was walking northbound on the west sidewalk of 600 S. Standard as a vehicle, occupied by several subjects, approached driving southbound. A passenger from the vehicle fired several gun shots at the subject walking on the sidewalk. END_OF_DOCUMENT_TOKEN_TO_BE_REPLACED 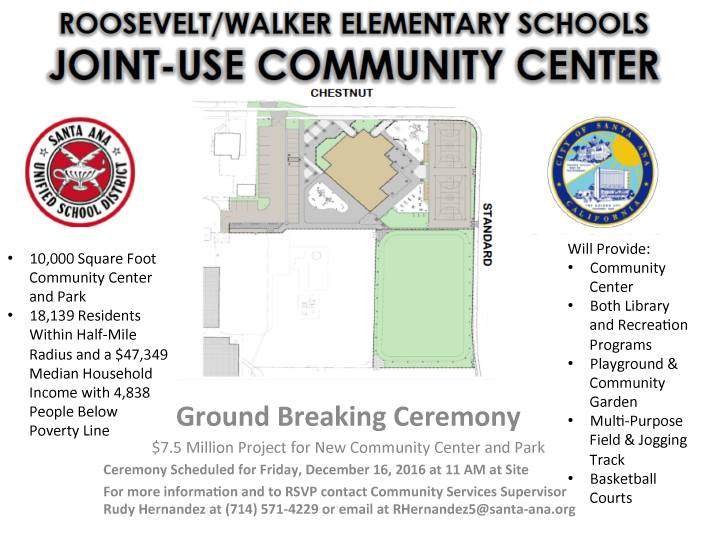 With an anticipated completion date of December 2017, a new Community Center will be built on the corner of Standard and Chestnut Avenue with easy access from both schools. It will have a total of 8 joint-use classrooms and other program areas that will be jointly shared by the School and the City. END_OF_DOCUMENT_TOKEN_TO_BE_REPLACED

SAPD police officers got a call about the incident just after 6 a.m. today. The robbery happened at the 900 block of East Pine Street. END_OF_DOCUMENT_TOKEN_TO_BE_REPLACED

The incident happened at about 7:20 p.m.  The SAPD police officers who responded to the incident found the victim on his porch, with a gunshot to his upper body.  Apparently he had been standing on his porch, facing the street, when an unidentified male fired one gunshot from the sidewalk and then fled on foot. END_OF_DOCUMENT_TOKEN_TO_BE_REPLACED