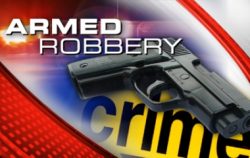 SAPD police officers got a call about the incident just after 6 a.m. today. The robbery happened at the 900 block of East Pine Street.

The victim was approached by two suspects – one of them had covered his face with a bandana and he was also brandishing a handgun. He demanded that the victim give up his cash. The second suspect was holding a tire iron, according to Sgt. Don Humphrey of the Santa Ana Police Department.

The victim turned over an unidentified amount of cash and the two robbers took off on foot.  The victim was not hurt during the robbery. Unfortunately the police have not provided a description of the robbers.