More than 90% percent of graduates have completed at least one year of college credits. Both of these figures are record highs for the dual-enrollment school located within the campus of Santa Ana College. Every senior also completed all A-G coursework, meaning they met admissions requirements for University of California and California State University systems.

The school’s nearly 460 students take their English, math and other core high school classes for part of the day, and take college courses alongside college students the rest of the time. Middle College High also offers a wide array of extra-curricular activities for students including film, CTE Robotics, video production, and sports clubs. In addition, students have access to all the college and career pathways at Santa Ana College, such as law, nursing, medical, computer science, and biotech.

“This partnership allows our students to get a personalized high school experience in a college setting,” Principal Damon Voight said. “All students are dual enrolled at both MCHS and Santa Ana College.”

Santa Ana, Calif. – A former Santa Ana College welding instructor has been charged with four felonies for molesting a 15-year-old high school student enrolled in his class. Authorities are asking for the public’s help in identifying other possible victims of the instructor who taught at several high schools and community colleges across Southern California.

Santa Ana Police Special Crimes Section detectives arrested George Moreno, 59, of Cherry Valley, at Alessandro High School in the City of Hemet on January 7, 2020. He is currently employed through the Riverside County Office of Education as a welding instructor at the high school.

Moreno has been charged with four felony counts of lewd acts with a 15-year-old child. He faces a maximum sentence of five years if convicted. He was released from the Orange County Jail after posting $50,000 bail.

Moreno was a welding instructor at Santa Ana College from 2007 to 2018. Students from Santa Ana Middle College High School, which is part of the Santa Ana Unified School District, were enrolled in his class during that time.

In August 2019, a woman reported to Santa Ana police that she had been sexually molested by Moreno beginning in 2015, when she was 15 years old. The victim reported numerous incidents that occurred on campus over a three-year period.

“Teachers are entrusted with our most precious resource – our children,” said Orange County District Attorney Todd Spitzer. “Classrooms should be safe place where children can learn – not hunting grounds for predators.”

Authorities are asking for anyone with additional information to contact Santa Ana Police Detective Gerry Corona at 714-245-8343, Gcorona@santa-ana.org or Orange County Crime Stoppers at 1-855-TIP-OCCS. Devin Crowley of the Sexual Assault Unit is prosecuting this case.

Middle College High School joins 334 other schools across the United States with the prestigious distinction of being selected a National Blue Ribbon school for their overall academic excellence and their progress in closing achievement gaps among student subgroups – clearly a demonstration that all students can achieve to high levels.” I’m extremely proud to be the principal of a school with students that work so hard and teachers that put in such an amazing amount of effort to make sure that each student’s needs are being met,” said Dr. Kathy Apps, Principal of Middle College High School. END_OF_DOCUMENT_TOKEN_TO_BE_REPLACED 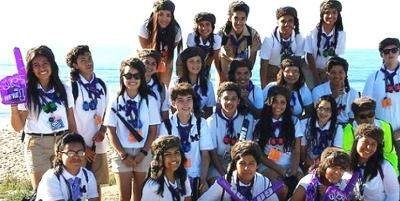 (September 29, 2015) – Middle College High School in the Santa Ana Unified School District was recognized for the second time as a National Blue Ribbon School for its excellence in providing high learning standards for students. The announcement came this morning from U.S. Secretary of Education Arne Duncan as he recognized all 335 National Blue Ribbon schools for their overall academic excellence and their progress in closing achievement gaps among student subgroups – clearly a demonstration that all students can achieve to high levels. “I’m extremely proud to be the principal of a school with students that work so hard and teachers that put in such an amazing amount of effort to make sure that each student’s needs are being met,” said Dr. Kathy Apps, Principal of Middle College High School. Only eight high schools were selected in California, and Middle College is the only high school in Orange County selected for 2015. END_OF_DOCUMENT_TOKEN_TO_BE_REPLACED 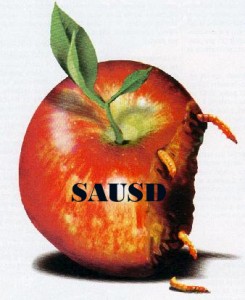 Apparently, the Santa Ana Unified School District has decided to get rid of all Honors classes at all of the high schools. The District is doing this even though they had a huge blow up at Middle College High School, with parents, a few weeks ago over this.  At the time they insisted it was only happening at Middle College High.

The District did not solicit any input from teachers or parents.  As it stands, most of our high achieving kids are going out of district anyway. END_OF_DOCUMENT_TOKEN_TO_BE_REPLACED

SAUSD Recognizes Top Parents for Involvement and Commitment to Education

SANTA ANA, CA – Santa Ana Unified School District (SAUSD) has chosen the following top three as Parents of the Year in recognition of their involvement, commitment and dedication to the educational process. Honorees include:

Carmen Serrano – Romero-Cruz Elementary ~ Mrs. Serrano demonstrates active participation in all school functions. She has organized the snack store, has participated in various parent trainings, and is a member of the English Learner Advisory Committee and Parent Teacher Organization. She has been a “key” to the parental involvement success at school.

Scott Duncan – Middle College High School ~ Mr. Duncan is the PTSA (Parent Teachers Student Association) President. He provides direction, guidance and laughter, which make volunteering a pleasure. Additionally, he has raised funds to support 10 eleventh grade students who could not afford to pay for the PSAT.

For more information about Santa Ana Unified School District or parent involvement log on to http://www.sausd.us/, or call 714-558-5677.