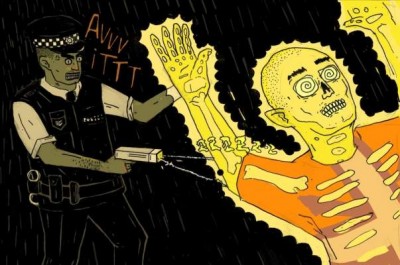 Torres locked himself into the 7-Eleven store’s manager’s office and refused to come out.  The customers and employees ran for safety when the police arrived. END_OF_DOCUMENT_TOKEN_TO_BE_REPLACED