John Mordecai Scott, a 65-year-old Orange County piano instructor was convicted on Monday, March 14, of molesting eight girls, with a ninth testifying as a witness in his trial, over a span of 18 years.

Scott initially was accused of molestation by 11 girls however one chose not to testify and the presiding Judge, Steve Broomberg, dismissed charges against another alleged victim.

Scott, is now facing up to 111 years to life in prison for his conviction on 26 sex-related counts. He is scheduled to be sentenced on May 13.

Scott, who had been out on bail, was immediately taken back into custody after Judge Broomberg announced the verdict.

The first allegation against Scott happened way back in 1996 when he allegedly groped the breast of a female student during a lesson and he spread her legs at other times during an exercise that was supposed to be about music timing, according to the opening statement of O.C. Deputy District Attorney Kristin Bracic. She said Scott also had the victim lie down on a piano bench while he lifted the waistband of her panties. He told the girl not to tell her parents about his conduct.

The next victim was 11 when she took piano lessons from Scott at his home in Lake Forest. She said that he would leave pornographic magazines lying around his house. Scott used a finger to sexually assault that victim, claiming at the time that he was a “doctor” and was examining her to see if she was developing normally.

Scott took “took racy photos with the another victim when she was 15. Scott also discussed his sex life with her and also talked about doing drugs, when driving her home. He also tried to talk her into putting on a G-string bikini for the photographs. The girl refused, but did put on various dresses for photos and he insisted she undress in front of him.

Another victim was only 7 years old when she started to take piano lessons from Scott at her home. Once he walked in on her as she was using the bathroom allegedly to ensure that she washed her hands. Scott also groped her once and littered her music sheets with pictures from his pornographic magazines.

A13-year-old victim took piano lessons from Scott from July 2011 through June 2014. He molested her over and under her clothes and also showed her pornographic pictures.

The Orange County Sheriff’s Department investigated the allegations which and the OCDA filed charges in August of 2014. The investigators found images of three girls in Scott’s files. Some were considered to be pornographic while the vast majority were treated as child erotica. 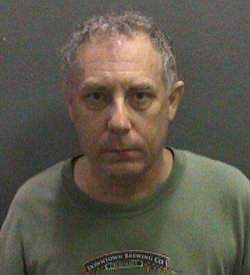 Scott worked as a piano teacher out of his residence at 20702 El Toro Road #34 in the city of Lake Forest. In addition to teaching at his home, Scott teaches at Coast Band Music on Via Fabricante in the city of Mission Viejo and OC Music located on Aventura in the city of Rancho Santa Margarita. During the course of the investigation, evidence has been obtained that leads investigators to believe there may be additional victims. END_OF_DOCUMENT_TOKEN_TO_BE_REPLACED