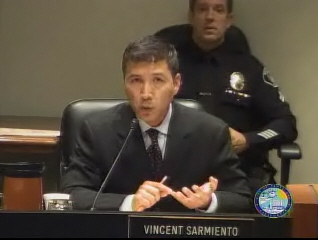 “On behalf of the Orange County Coalition of Police & Sheriffs, we’re pleased to announce our wholehearted endorsement of Michel Martinez for Assembly,” said OC COPS Chair Kerry Condon. “Councilwoman Martinez has a deep understanding of the needs of local law enforcement and we’re confident that she’ll be committed to protecting essential public safety funding in the Assembly.”

END_OF_DOCUMENT_TOKEN_TO_BE_REPLACED

“After thoroughly considering the leadership skills and abilities that Michele Martinez has demonstrated as a Santa Ana City Councilmember, we are confident that her passion for service to the community in the State Assembly will be an asset to the citizens of Santa Ana, Orange County, and the State of California,” said Santa Ana Firemen’s Benevolent Association Secretary/Treasurer Bill Hencke. END_OF_DOCUMENT_TOKEN_TO_BE_REPLACED

Labor hack Julio Perez‘ Assembly campaign sunk to a new low this weekend, in their pursuit of the California Democratic Party’s endorsement.  They willfully tried to include a vote from Carl Weibel, a state party member whose Facebook page openly admits he now lives in Hawthorne – a city in Los Angeles County that is not remotely close to the 69th Assembly District Perez is running for.

According to the Liberal OC blog, “Party officials investigated and determined that indeed two Carl Weible’s are registered to vote in Southern California, one in LA and one in Orange County. With that information the officials ruled late Saturday night that Weible was not a qualified delegate and therefore could not assign his vote to a proxy.“ END_OF_DOCUMENT_TOKEN_TO_BE_REPLACED