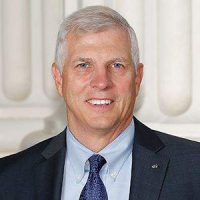 “President Trump has attempted to politicize the COVID-19 crisis in order to continually make false claims about voter fraud. Simply put, Trump is spreading lies in his attempt to disenfranchise voters. He knows he is losing in the polls and can’t face the fact that he has failed as a leader,” said Senator Umberg. “I commend Governor Newsom for adopting the bill I authored into an executive order. Unlike the president, the leadership in California has worked to protect the people’s right to vote.”

Assembly Bill 860 (AB 860), jointly authored by Assembly Elections and Redistricting Committee Chair, Marc Berman, would require that every registered California voter receive a vote by mail ballot for this November’s presidential general election. In-person voting opportunities would remain available for voters in a manner that is consistent with the need to protect the health and safety of voters and election workers.

Another bill relating to state elections by Umberg and Berman, Senate Bill 423 (SB 423), will require California election officials to provide either polling places or vote centers for a minimum of four days leading up to and including election day itself. Safe and accessible polling places are critical in ensuring voter rights are protected for all Californians. For many voters, the services they need to vote privately and independently are available at polling sites. SB 423 guarantees California voters will have safe, secure, and convenient in-person opportunities to cast their ballots in case voting by mail is not a viable option for them.

“Despite what Donald Trump may say, voting by mail is safe, secure, and convenient.,” added Umberg. “Some voters may lose or damage their mail ballots, need to update their registration or register for the first time, require use of accessible voter equipment, or need some language assistance. Senate Bill 423 will ensure that those Californians will not be disenfranchised.”

Senate Bill 423 will next be heard in the Assembly Committee on Elections and Redistricting.