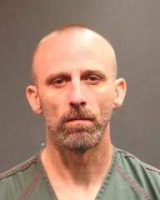 On June 2, 2016, the Santa Ana Police Department released information to the public regarding the sexual assaults. Santa Ana Police detectives asked people to come forward with any tips that might lead to the suspect’s identification. As a result of the news release, Joseph Raymond Stanton, 42, of Long Beach, was identified as a possible suspect.

Santa Ana Police detectives gathered evidence confirming Stanton’s involvement in the assaults and arrested him on June 29th. The Orange County Distict Attorney’s Office charged Stanton with the kidnap and rape of two victims and the attempted rape of the third victim. DNA from the two completed rapes matched Stanton’s own DNA. Despite a bail amount of one million dollars, Stanton posted bail and was released from jail on June 30th.

On July 1st, Long Beach Police found Stanton, deceased due to apparent suicide, at an apartment in the 1200 block of 3rd Street, Long Beach. Stanton left suicide notes and previously told associates he was contemplating suicide. There was no evidence of foul play.

If you have additional information about this case, please contact Corporal Javier Aceves at 714-245-8542.