Santa Ana parents are demanding that city officials reverse their decision to remove school crossing guards without warning, saying the move is putting children’s lives in danger, according to the Voice of OC.

About 25 crossing guards were removed near Santa Ana schools as of the start of the school year last Tuesday, according to police officials.

But parents from at least one campus protested, and the city has since reinstated a crossing guard, at least temporarily, near Santiago Elementary School, according to the O.C. Register.

Santa Ana Unified officials didn‘t realized that some schools would no longer have guards at certain intersections, said Deidra Powell, a district spokeswoman.

The SAPD said the cuts were unrelated to budget concerns. Instead, the traffic division evaluated the needs based on criteria, including vehicle and pedestrian counts, signs and collisions.

Well excuse me but that sounds like a load of B.S.!  Santa Ana leads the County in pedestrian fatalities every year.  And there is no excuse for the SAPD not to be talking to the SAUSD when they make bad decisions like this.  This is a mess you can pin directly on the Santa Ana Chief of Police, Carlos Rojas, the SAUSD administrators and School Board and the Santa Ana City Council.

Remember that Santa Ana City Council Members Roman Reyna and Sal Tinajero both served on the SAUSD School Board before moving to the City Council.  Yet we haven’t heard a peep out of them about this disastrous decision by the SAPD.  Reyna is running for Mayor of Santa Ana and Tinajero is running for reelection in November.

The crossing guards need to be restored ASAP and if the SAPD wants to cut them again they need to hold public hearings in conjunction with the SAUSD.  Don’t cut the people out of the equation again! 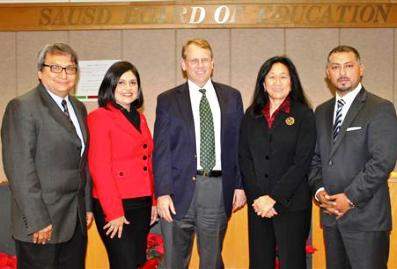 If you want to contact the SAUSD School Board Members, good luck.  They no longer list any email addresses on their website! Fortunately I have some of their personal contact information available, as follows:

Here are the SAUSD administrators you need to contact as well: 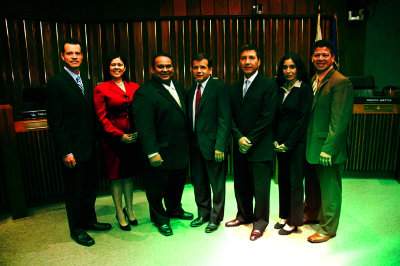 And here is the contact info for our City Council:

By the way this absolutely needs to become an issue for our City Council and School Board candidates!  Make sure to bring this up at any upcoming debates or candidate forums.