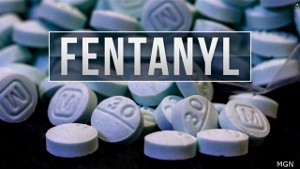 SANTA ANA, Calif. – A second striker has been sentenced to four years in state prison after his 10-month-old daughter had to be revived with Narcan after ingesting his fentanyl from a straw in June.

Jovany Armando EncisoSolorio, 31, of Santa Ana, pleaded guilty to one felony count of child abuse and endangerment and one felony enhancement of causing great bodily injury on a child under the age of five years old in exchange for the court offer of four years. Prosecutors objected to the court offer.

EncisoSolorio had faced a maximum sentence of 23 years in state prison if convicted on all charges.

On June 25, 2022, EncisoSolorio used Narcan to revive his lifeless 10-month-old daughter after she sucked on a straw containing fentanyl. After changing his story several times to the police, EncisoSolorio ultimately admitted that he had used the straw to use fentanyl but attempted to take credit for saving his daughter’s life by administering Narcan to the infant.

EncisoSolorio has a prior strike for a 2009 second degree robbery conviction with a criminal gang enhancement.

“Fentanyl is a deadly game of Russian roulette – for the people who know they’re taking it, for the people who have no idea what they are taking actually contains fentanyl, and for innocent babies like this who rely on adults to protect them,” said Orange County District Attorney Todd Spitzer. “This baby was literally just a few breaths away from dying. Four years in state prison is not enough for someone whose entire job is to protect their child from harm – and instead hands them what equates to a loaded gun.”