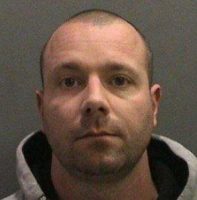 Wallace is divorced from Jane Doe, with whom he shares a child. In 2013, the former couple was engaged in a child support and custody battle.

In August 2013, Wallace hired a private investigator to try to find negative information about the victim that could be used against her in court, where child support payments would be decided. Beginning in September 2013, the defendant told the private investigator that he wanted Jane Doe to be killed.

On Dec. 21, 2013, Wallace met an undercover detective from the Orange County Sheriff’s Department (OCSD), whom he believed to be a man who could facilitate the murder. The defendant offered to pay $30,000 for the murder of Jane Doe and showed the undercover detective a photograph of the victim so that she could be identified. Wallace asked that the murder take place after Dec. 23, 2013, as he would be leaving the country for Christmas. OCSD investigated this case.

« Don’t be fooled by phone callers pretending to be from So. Cal. Edison
Lacy/6th Street community outreach meeting set for April 6 »