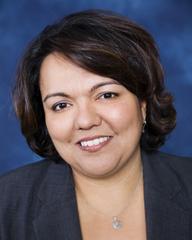 Carvalho, a partner in the Municipal Law practice group of Best Best & Krieger LLP, currently serves as the city attorney for the City of Claremont as well.  She previously served as city attorney of Azusa (1998-2012), Colton (1998-2001) and Yorba Linda (2001-2010). Ms. Carvalho is also the co-chair of her law firm’s Public Policy and Ethics sub-practice group.

Reportedly Carvalho has had to put in way too many hours, including working over the Christmas holiday, because of the troublemaking trio of Council Members David Benavides, Michele Martinez and Roman Reyna.  The final straw was when they put her on the agenda of the closed door Council meeeting they had during Christmas week, as they decided to review both her work and that of City Manager Walters.

Look at her credentials and tell me that this crazed Council majority is going to be able to find someone even remotely as qualified and experienced as Carvalho is.  Yeah right!

It is ironic that the City of Santa Ana’s City Attorney web page does not mention Carvalho at all.  How prescient. Or maybe they have been taking her for granted all along?

And you have to wonder how the heck the Benavides cabal is going to pay Walters’ severance and cash-out benefits if they do fire him?  He is under contract!  Did these brainiacs even read his contract?

Sources tell me that even Benavides has admitted that the Council majority’s attack on Walters is their way of punishing the popular Mayor, Miguel Pulido, who soundly thrashed Benavides in the November election, two years after Pulido destroyed his last challenger, Alfredo Amezcua.

Carvalho reportedly did stellar work salvaging the ridiculous Sunshine Act, which was supported by the Benavides cartel.  They quickly violated its spirit by holding their closed door, last minute Council meeting during Christmas week, when they knew that new Council Member Angelica Amezcua was out of town, on a family vacation.  And she got a lot more votes on Nov. 6 than Benavides did!

The word on the street is that Mayor Pro Tem Sal Tinajero and Council Member Vince Sarmiento have about had it with Benavides and his petulant Council gang, and this just might be the end of the current Council majority.  We can only hope…

By the way, how is the Benavides bunch going to refund the millions in water fees to residents since Martinez got on her soapbox and cost the City a small fortune?  Do these nuts ever think before they act?  How long can Sarmiento and Tinajero put up with them?

« So. Cal. Salvadorans thrilled to see Banda Salvador at the Rose Parade
Santa Ana Political Chismes: is the Benavides Council cabal out of control? »

31 thoughts on “Santa Ana City Attorney to resign if the Council fires Walters?”