O.C. woman gets 21 years to life in prison after a fatal DUI crash that orphaned three kids 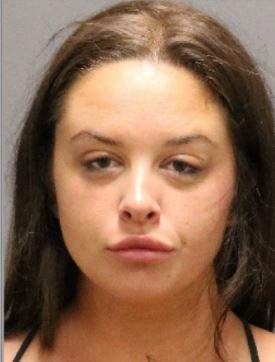 SANTA ANA, Calif. – A 23-year-old woman plead guilty today to two felony counts of murder for killing a young mother and father and seriously injuring their three young daughters while driving under the influence in December 2020. The family was driving around Newport Beach looking at Christmas lights when they were hit by a car that ran a red light at 75 miles per hour.

The driver, Grace Elizabeth Coleman, 23, of Newport Beach had a blood alcohol level of .22% and left the scene of the collision, leaving the injured children strapped in their car seats with the bodies of their parents. Coleman also refused to take a blood alcohol content test as required by law.

Coleman pleaded guilty in exchange for a court offer of 21 years to life. She faced a maximum sentence of 42 years and eight months to life in state prison. She is scheduled to be sentenced on July 29, 2022 at the Harbor Justice Center in Department H2.

Gabriela Andrade, 28, and her husband, Henry Saldana-Mejia, 27, were driving with their three daughters, ages 1, 4, and 5, near the intersection of Pelican Hill Road and Newport Coast Drive on December 8, 2020. At approximately 7:46 p.m. Coleman is accused of running a red light and crashing into the family’s vehicle, killing both parents and seriously injuring their three daughters who were secured in car seats.

Andrade and Saldana-Mejia were killed and their three daughters were seriously injured in the collision.

Driving around looking at Christmas lights shouldn’t have ended in tragedy, but three young girls are orphans because of the selfish decision of a stranger,” said Orange County District Attorney Todd Spitzer. “Drinking and driving has real life consequences – and those little girls are going to have to live with those consequences the rest of their lives because someone they never met decided to get behind the wheel of a car while drunk and kill their parents.”