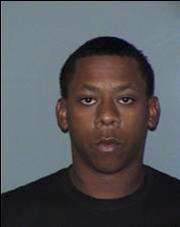 Co-defendant Darryl Da Keis Gillard, 27, Hemet, is charged with two felony counts each of pimping and pandering with a sentencing enhancement for crime-bail-crime, indicating that the defendant was out of custody on bail for another felony (2010 residential burglary case) at the time of the crime. If convicted, he faces a maximum sentence of nine years and four months in state prison and is scheduled for jury trial June 17, 2014, at 8:45 a.m. in Department C-5, Central Justice Center.

The defendants are accused of dropping off the victim on the street in a high prostitution area. Undercover police officers from SAPD observed this behavior and performed a traffic stop on the defendants’ vehicles and contacted the victim afterwards.