Is Mike Metzler on the way out of the Santa Ana Greater Business Alliance? 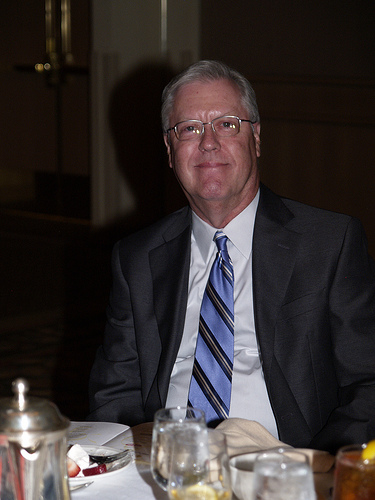 Metzler’s executive staff has zero Latinos on it.  That is hard to believe in a city like Santa Ana, which has an overwhelmingly Latino populations.  His staff is also bereft of Asians or other minorities.

Metzler made politics a central part of the Chamber’s function.  He started a Political Action Committee that endorsed candidates and funded them.  His reward was a contract with the City of Santa Ana to publish his Chamber news monthly, the CityLine.

Metzler and his PAC were often unfair when it came to endorsements.  Last year they refused to endorse one of their own Directors, Dr. Arturo Lomeli, for the Rancho Santiago Community College Board.  He was running against a resident of Orange.  Lomeli told me that Metzler was mad because he was backing Santa Ana City Councilwoman against Santa Ana Mayor Miguel Pulido.

Metzler also ran a few years ago for the State Assembly, as a Democrat, but he lost badly to Republican Jim Morrissey.

And Metzler backed the Ream Assessment, an attempt by Santa Ana City Manager Dave Ream to impose an assessment, or tax, on the residents of Santa Ana, to pay for the upkeep of islands that Ream install on 17th St. and other major arteries.  The assessment lost badly at the polls.

Metzler lived in Santa Ana for many years.  Reportedly he moved to Tustin a couple of years ago.  He also regularly held Chamber of Commerce events outside of Santa Ana, usually in Orange.  This angered local businesses to no end.

The Greater Santa Ana Business Alliance indicates on their website that their initiatives are to:

In reality, this organization has done little to reach out to local businesses.  They have had almost no impact on job creation.  And today the City of Santa Ana charges more for new business licenses than any other city in Orange County.

In the right hands, the Greater Santa Ana Business Alliance could be a force for good.  May I suggest that they start by changing their name back to the Santa Ana Chamber of Commerce?

Santa Ana needs a business organization that will fight higher taxes and civic corruption.  We need a Chamber of Commerce that will fight for local businesses and embrace minority business owners.  Perhaps now, with Metzler apparently on the way out, we might just get that.