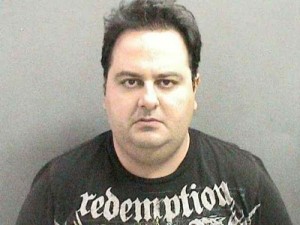 The defendant has a prior strike conviction for criminal threats in 1998.