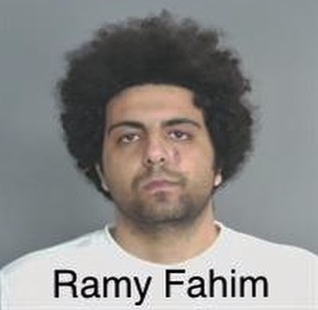 Anaheim Police Department officers responded on Tuesday morning to reports of an in-progress assault in an apartment in the 2100 block of E. Katella Avenue.

Officers arrived and located two adult males in the apartment who were deceased. They were later identified as Griffin Robert Cuomo, 23, and Jonathan Andrew Bahm, 23, both of Anaheim.

A knife, believed to be the assault weapon, was found at the scene and recovered according to the Anaheim Police Department. Fahim’s vehicle was located nearby the apartment complex and was aksi seized as evidence.

Fahim was located inside the apartment suffering from a minor injury. Detectives later arrested Fahim on suspicion of murdering the two victims. He has been booked at the Anaheim City Jail.

Detectives confirmed Fahim and Cuomo worked together at a finance company and Bahm was Cuomo’s roommate.

Police declined to provide additional information or a possible motive. The investigation was ongoing.

Anyone with information is urged to call APD homicide detectives at 714-321-3669.