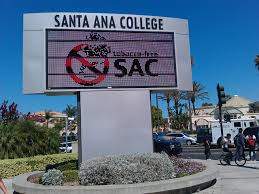 Baccalaureate degrees offered at the chosen campuses could not be duplicative of degrees offered by the University of California (UC) or California State University (CSU) campuses. “It will be value added, not duplicative,” Block said. The state’s community college Board of Governors and Chancellor in consultation with the UC and CSU systems would select the participating districts and campuses.

Block’s measure received bipartisan support in the Senate and no “NO” votes in any committees.

Block is chair of the Senate Budget Subcommittee #1 which deals with education financing and is a member of the Senate Education Committee. Prior to Block’s election to the Legislature, he served as president of the Board of Trustees of the San Diego Community College District and as a professor and administrator at San Diego State University.

It is too early to tell if this program will be tested out at the Rancho Santiago Community College District.  We can only hope!  If it does this is a real game changer for Santa Ana College in particular.  Perhaps the RSCCD Trustees will stick around and not try to get elected to other offices?