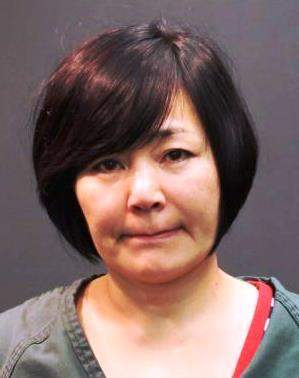 California Systems conducted an audit and discovered that in November of 2011, Kim began embezzling money from the company. Kim would collect checks from clients and falsified the client’s account to show that it was paid. Using a forged document showing she was authorized to cash checks for the company, Kim cashed checks in excess of $500,000 over an eight month period.

The crime was reported to the Santa Ana Police Department in December of 2012. Detectives were assigned to investigate the case and requested a comprehensive audit of business records and obtained a search warrant for financial records.

In June of 2014, Detectives received the results from the audit and began examined hundreds of pages of financial records and business documents. The investigation revealed that Kim committed multiple thefts totaling $511,000. A warrant for her arrest was obtained.

On November 25, 2015, Detectives from the Santa Ana Police Department’s Criminal Investigations Division arrested Kim at her home in Cypress. Kim was charged with 21 felony counts of Grand Theft and Falsifying Business Records. Kim was booked at the Orange County Jail where she is awaiting court proceedings with bail set at $511,000.