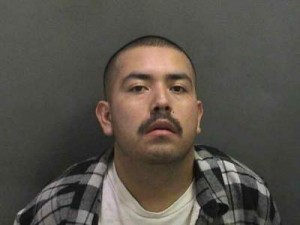 SANTA ANA – A drunken driver was sentenced today to 16 years in state prison for killing a 2-year-old boy by crashing into the toddler and his mother and baby sister as they crossed the street. Angel Alberto Cruz Perez, 24, Santa Ana, was found guilty by a jury March 28, 2013, of one felony count each of vehicular manslaughter with gross negligence while intoxicated, driving under the influence causing bodily injury, hit and run with permanent injury or death, and one misdemeanor count of driving a motor vehicle without a license, with sentencing enhancement allegations for causing great bodily injury to a child under 5 years old, fleeing the scene, and an additional injured person.

During the sentencing today, Romero delivered an emotional victim impact statement before the court describing how she missed waking up and seeing her son Almeida in the morning and hearing from him how much he loved her. She went on to describe her emotional pain when having to explain to her daughter why her brother is no longer with her.