I don’t recall that the City of Santa Ana ever held a public hearing to determine if a water shortage emergency exists, do you?  At least one resident is wondering if the City is misleading the public to believe that the regulations they have imposed are mandated by the State of California.  Could Santa Ana City Manager David Cavazos be using the City’s extreme water regulations to fill the City’s coffers – when and if the City starts penalizing us for not complying? 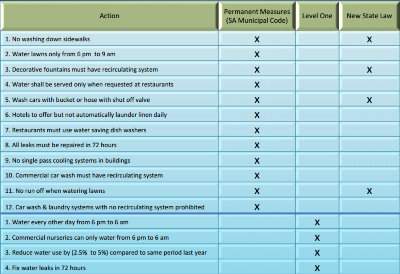 The water forum will include conservation tips, rebate information, water contamination update, OCWD expansion and the future of water resources including desalination.

To attend the water forum on October 30, the city says you have to first register by visiting www.ocwd.com/watersupplyseries.

11 thoughts on “Did the City violate their Sunshine Act with regard to their new water regs?”