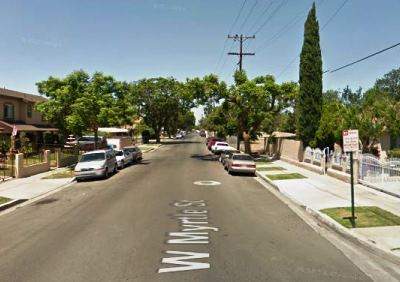 Dorsey is reported to have stolen three purses valued at $700 around 1:38 p.m. from the Macy’s women’s department at the Brea Mall before getting into an altercation with loss-prevention officers, according to the O.C. Register.

Dorsey fled in a black BMW, but he returned two hours later to pick up a suspected female accomplice, but when he returned to the mall, he discovered the woman – Natasha Benton-Grays, a 37-year-old Anaheim resident – had already been arrested and charged with burglary and conspiracy.

Brea Police conducted a pursuit of Dorsey after he left the mall a second time but they stopped when he resorted to very high speeds.  Sheriff’s deputies tracked Dorsey as he fled south and he was eventually arrested by Santa Ana police at a halfway home he was living at, at the 1700 block of West Myrtle Street, at 4 pm on Thursday, on charges of strong-armed robbery, according to Santa Ana police Cpl. Anthony Bertagna, as reported by MyNewsLA.