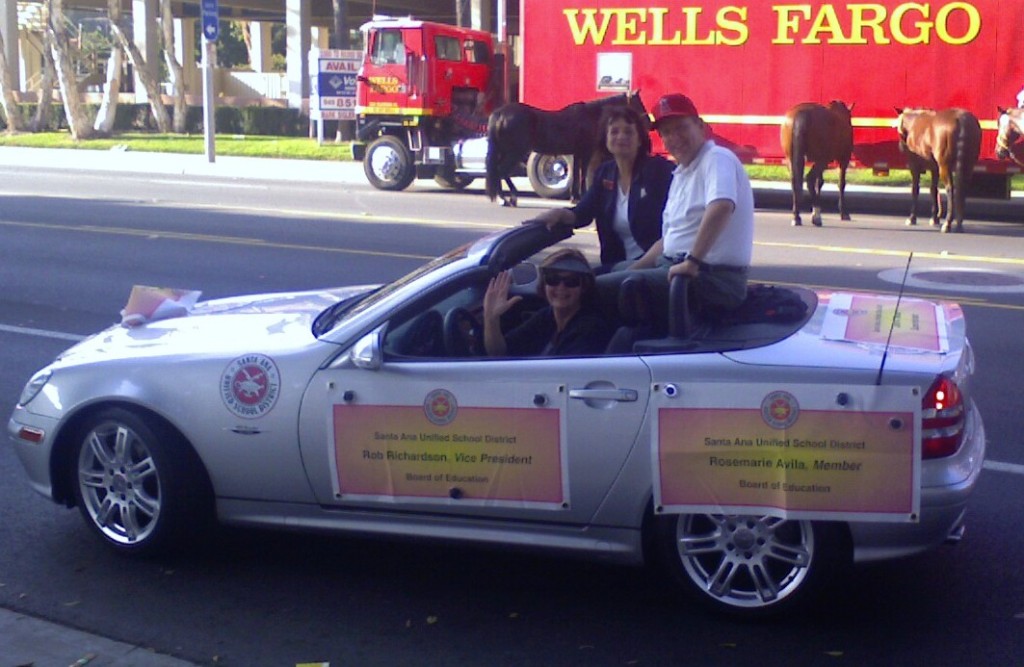 I wrote about that deal years ago on another blog.  I am pretty sure that if someone tipped off the developer who flipped that land, Kris Kakkar, it was SAUSD Board Member Rob Richardson, who joined the SAUSD School Board in 2003, according to his bio.  Richardson may have leaked details about the land transaction to a friend, such as Mayor Pulido, who in turn may very well have shared that info with Kakkar.

The taxpayers got ripped off in that land transaction but you have to wonder if Kakkar and his developer pals are now buying up the land on either side of the proposed Santa Ana light rail, which is supposed to run from Downtown Santa Ana to Downtown Garden Grove.

And I would be very curious to see how many developers and contractors have contributed to the campaigns of Richardson and his fellow School Board member John Palacio, who is up for re-election this year.

Remember that Richardson works in Procurement at the County of Orange.  That means he deals with every contractor who has County business!  How many of those guys also deal with the SAUSD?

This is all reminiscent of what is going on in East Los Angeles, in cities and school districts where the voters are as uninformed as the voters in Santa Ana.

2 thoughts on “Did a SAUSD Trustee tip off a developer who sold property to the district?”