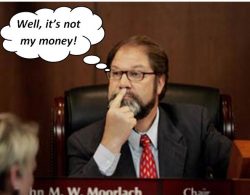 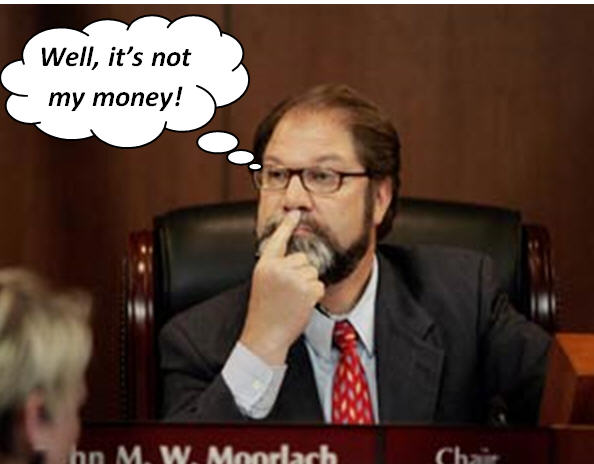 After An Extremely Short Deliberation, All 6 State Supreme Court Justices Reject The County Of Orange’s Petition For Review Of Their Legal Case That Had Already Been Unanimously Tossed Out Of Both Appellate And Superior Court
SAN FRANCISCO – After taking only 6 working days to deliberate, the California State Supreme Court today unanimously rejected the County of Orange’s appeal of their lawsuit to overturn 3% at 50 pension benefits for Orange County Deputy Sheriffs (COUNTY OF ORANGE v. ASSOCIATION OF ORANGE COUNTY DEPUTY SHERIFFS et al., Case #S191218).

The unanimous decision brings to a close an over three-year, $2.5+ million dollar legal effort by County Supervisor John Moorlach and his former Chief of Staff and “legal advisor,” Mario Mainero, to roll back the pensions of Orange County Deputy Sheriffs.

The County of Orange filed their controversial lawsuit in February 2008, despite having three different outside law firms they had hired for legal counsel, warn them they could not win such a case. They were thrown out of Superior Court twice in 2009 without even a trial and unanimously thrown out of Appellate Court on a 3 – 0 vote this last January.

All six of the State Supreme Court justices (there is presently one vacancy) were appointed by Republican governors. They had 90 days to decide whether to take the case up and formally review the Appellate Court’s decision. They came to a quick, unanimous decision in only 6 working days.

“The Board of Directors of AOCDS and I have been telling the County Board of Supervisors for almost four years now that they didn’t have a case and could not win such a lawsuit,” said Wayne Quint, President of the Association of Orange County Deputy Sheriffs (AOCDS). “We repeatedly told them at every turn of their effort that they were wrong on the facts and wrong on the law.”

“John Moorlach and Mario Mainero owe the taxpayers of Orange County a formal apology. They have spent over $2.5 million in public funds on a political vendetta that their own attorneys told them right from the beginning they could not win.”

“The Deputy Sheriffs Association now plans to file in court for complete payment of our four years worth of attorneys fees for this frivolous, mean spirited lawsuit. By the time everything is over, the vindictive political judgment of John Moorlach and Mario Mainero will have cost the County a tremendous amount of time and money. It is both sad and unfortunate — and a textbook example of abuse of our legal system.”