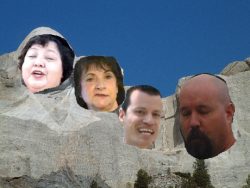 2 thoughts on “Benavides Hatergate: Will the Santa Ana City Council honor the Minutemen on Monday?”