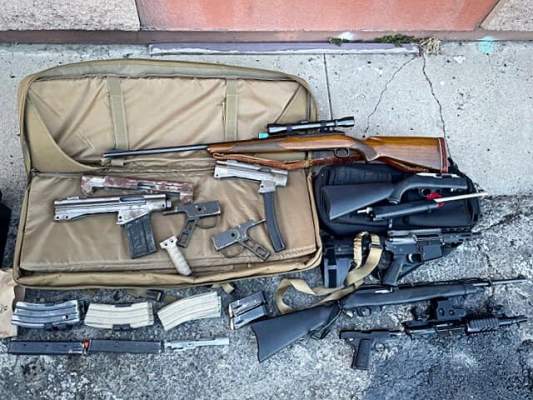 On Saturday, June 5th, an armed robbery occurred in Garden Grove where two males drove up to a male and female riding their bicycles on Chapman Ave. The suspects used their vehicle to block the path of the victims, before accosting them. One male exited the vehicle with a semi-auto handgun, while the other exited with a metal baseball bat.

The suspect holding the handgun approached the female victim and demanded her bicycle. Ultimately, they took her bicycle, bag pack and cell phone. The male victim was able to flee the location.

The Community Impact Unit (CIU) was contacted to conduct follow up, and were able to immediately identify the two suspects as David Linde and Francisco Sandoval. Both Linde and Sandoval were located, arrested, and later booked at the Orange County Jail.