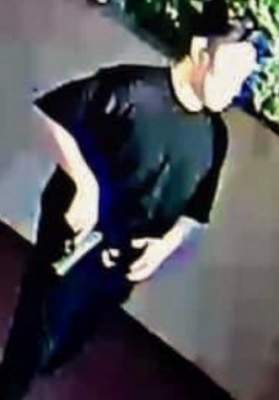 A road rage suspect who pursued a woman to a police station in La Habra and then got into a fatal shootout with police officers has been identified as Matthew Tuan Tran, age 22, of Anaheim.

Tran died after being shot by a police officer near the front entrance of the police station at 150 N. Euclid Street, at around 7 p.m. on Friday.

The road rage incident happened near the 5 and 57 freeway interchange. A woman drier involved in that incident called the police to report that she was being followed by the suspect on side streets after she got off the freeway.

A police dispatcher told the woman, who was not identified, to come to the police station. This would help to keep her safe while giving police officers the opportunity to arrest the suspect.

Victims in such incidents are not encouraged to drive to their homes as the road rage suspects can follow them and attack them.

The La Habra Police Department released security camera footage showing the suspect identified as Tran as he walked up to the police station while holding a gray pistol.

Tran was met by police officers at the entrance to the police station and the situation quickly escalated into violence.

Multiple gunshots were fired, according to witnesses. When paramedics arrived at the police station they found that Tran was dead and a police officer had been wounded.

The officer was shot once in his upper torso. He appears to be recovering well.

The La Habra police will also follow up on the apparent road rage incident. They do not yet know if Tran and the female victim knew each other.