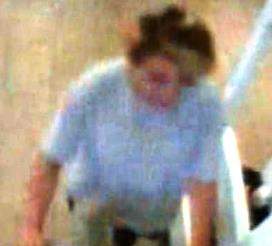 Several customers were in both stores at the time of the alleged crimes.

The incident at Walmart was caught on the store’s video cameras and was released to the public. That video shows the suspect entering the store, loading up a shopping cart and then setting a fire in a store aisle.

The woman apparently intended for the fires to distract the store employees, who immediately took action to extinguish the flames, so she could get away with the stolen goods, according to the OCFA. 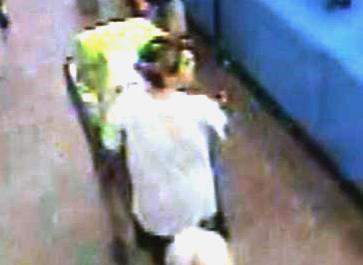 The woman was hard to find as she uses different names and changed addresses several times. It took months to find her.

When she struck again on May 30, at the El Super, she was caught on video again and this time authorities received a tip from the public after the video was released.

OCFA investigators are trying to find out if the suspect committed any other similar crimes. Anyone with information is asked to call the OCFA Invsetigation Tip Line at 714-573-6720 or Crime Stoppers at 855-847-6227.

« Pimp sentenced after taking nearly $50K from a prostitute in Santa Ana
Transgender woman shot while walking on Harbor Blvd. early this morning »