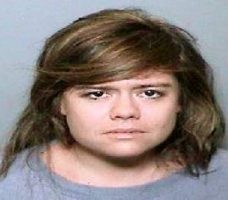 SANTA ANA, Calif. – A drunken driver was sentenced to three years in state prison today for crashing into an Orange Police Department (OPD) officer who was standing behind his patrol vehicle on a residential street.

At the sentencing today, Officer Muzayen and his wife made powerful impact statements to the court pursuant to Marsy’s Law. Officer Muzayen spent five years in the United States Marine Corps, stating in part, “When I decided to leave the Marine Corps to become a police officer, my mindset never changed. I knew the dangers related to my job. I knew that not every day was guaranteed.” His tibia and fibula were broken and he lost nine pints of blood at the scene. In the ambulance after the crash, Officer Muzayen stated, “Two tours in Afghanistan and now I am going to lose my leg.” His leg was saved, but he is in constant pain with limited mobility. In addition to broken bones, the victim suffered from a brain hemorrhage and received skin grafts, including an artery from a cow.

Officer Muzayen spoke about what he hopes defendants can learn after hurting people in the commission of crimes, and stated, “I was hoping the incident would have taught you a similar lesson. But your behavior during the incident, arrest, and later on, as you were out on bail showed me with most certainty you did not.”

The victim’s wife spoke about the toll this incident has taken on their family and stated in part to the defendant, “The very thing that my children and I prayed every night to help protect us from, YOU made it a horrific reality … he is so unbelievably strong willed and he’s a survivor. The surgeons said the tourniquet saved his life.” She spoke about how her husband loved to hunt, fish, run, and play soccer with his kids prior to the crime, all activities he may never be able to do again. She then concluded, “The time you serve is ultimately irrelevant to [my husband], our children and myself because on that night you already sentenced US to a life that is forever changed.”