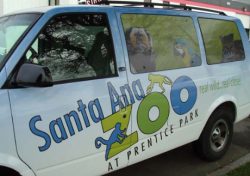 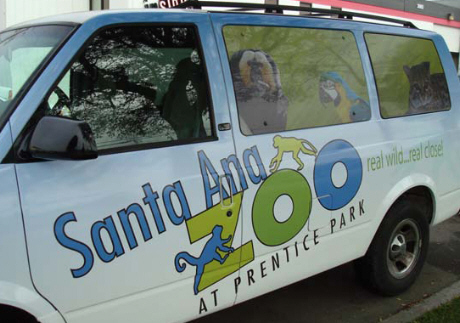 It is no secret that the Santa Ana Zoo is having trouble making ends meet.  They recently had to raise their prices again.  They now charge $8 for adults and $5 for children.  Compare that to the Irvine Zoo, which charges $2 per person.

As I understand it, the City of Santa Ana owns the land the Zoo sits on.  The Executive Director works for the Santa Ana Parks and Recreation Department.  I would imagine that we pay for other salaries and costs as well.

I had to fight for years to convince the Santa Ana Parks and Recreation Department to change the monthly free day for Santa Ana residents from a Tuesday, when they close at 5 pm, to a Sunday.  They are now open for free on the third Sunday of each month.

But you know what?  That is NOT good enough.  The people of the City of Santa Ana are hurting.  They are amongst the poorest people in Orange County.  Foreclosures have hit our people more than in any other city as well.  Why not let our residents visit the Zoo for free every Sunday?  It’s our Zoo!  Why not?

If the Zoo was open for free to residents every Sunday it would be a HUGE economic boost to the Zoo.  The residents would spend money on concessions and on the Zoo’s train ride and carousel, which often are empty during the week.  And with this additional exposure who knows how many residents would buy Zoo memberships and further support the Zoo?

The Santa Ana Zoo’s Board of Directors finally has one Latino on it, and one Asian.  But everyone else, including their officers and their advisor board, is white.  That is astounding given the demographics of Santa Ana.  And this probably explains why it took so long to change the free days from a Tuesday to a Sunday.  These folks had no clue, I am sure, that most of our residents could not go to the Zoo on a workday.

There is talk that the City of Santa Ana would like to spin off the Zoo entirely.  I would support that but in the meantime I think it would be great to let more of our residents enjoy what we are already paying for.

« Will Jose Solorio run for the Santa Ana City Council again in 2012?
Have Alfredo Amezcua’s followers become a cult? »