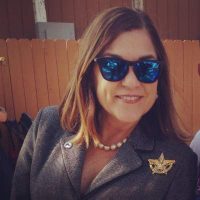 “Tonight, the President spoke directly to the American people about our future as a nation, a future that will be determined by choices that we make together, choices that are facing our country right now and in the years to come.

“Let’s create a bigger, brighter, better future, by taking bold steps together to solve the urgent crisis of climate change which will lead to creating jobs and preserving our beloved planet.

“Let’s create a brighter future by demanding equal pay for equal work and leading the rest of the world by example with economic, diplomatic, and military leadership.

“Let’s create a better future by heeding President Obama’s call to provide Pre-K education for all. As a graduate of Head Start, I know firsthand that universal, early childhood education it is the best way to bridge the achievement gap.

“Let’s create a better future by fixing our broken immigration system now. This is about family values, growing our economy and our national security. Comprehensive immigration reform is the moral imperative of our nation and it can’t wait any longer.

“I agree with President Obama that the state of our union is strong. The last seven years have thrown seemingly insurmountable challenges at us and yet, America has met these challenges every time. You knock us down, America gets right back up.

“It is time to create a bigger, brighter, better future for America. We can’t wait, let’s start now.”